AMEC’s Measurement Month provided the focus for November, with a huge number of event and the launch of the Measurement Maturity Mapper. In other news, Facebook’s media monitoring provider came under fire and iSentia grows its leadership team. 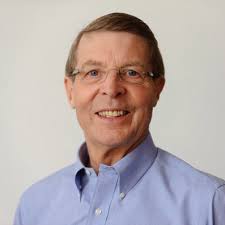 Barry Leggetter was awarded the Mark Mellor Award for Outstanding Contribution to the PR industry at the PRCA National Awards in the UK. December marks the end of Barry Leggetter’s time as the CEO of AMEC and it would be remiss of me not to start November’s newsletter with a note of thanks. Over the past eleven years, Barry has transformed and grown measurement’s trade organisation, and guided it through a period of remarkable change. A true champion of PR, its measurement and every AMEC member, Barry Leggetter deserves all of the outstanding contribution awards going. Thank you Barry.

Sticking with AMEC news, November was Measurement Month and among the many highlights was the launch of AMEC’s Measurement Maturity Mapper. M3, as it’s also known, guides users through a questionnaire to provide a benchmark of an organisation’s measurement and some useful recommendations. M3 was developed by CARMA’s Paul Hender, Survey Research’s Colin Wheeler, Fleishman’s Ben Levine, Impact Research’s Aseem Sood, and Michael Ishmael of 66 Bytes. November also saw AMEC release Demonstrating the Value of PR (Part Two), an eBook edited by Quantum’s Jesper Andersen. The book outlines the latest thinking in measurement from a range of practitioners and academics.

Facebook has been hit with a number of stories in November, however, it’s the company’s use of public affairs group Definers that matters most for media intelligence organisations. The New York Times reported Facebook’s response to Russia-linked activity on its site, highlighting its work with Definers. Facebook immediately ended its contract with Definers following the report. Definers have stated they were simply providing a “large-scale news alert service”, carrying out “basic media monitoring and public relations around public policy issues”. Indeed, a Definers report for Facebook published on Buzzfeed looks a lot like a media monitoring report (or most secondary research). The story will continue for Facebook and Definers, but it begs the question: to what extent are media intelligence providers responsible for the potential impact of their research?

Sneaking in just after the October newsletter had been published was the announcement that Ipsos would acquire Synthesio. The deal is reportedly worth “over $USD50 million”. The acquisition means the software company can use Ipsos’ market research and consulting services while Ipsos can continue to use Synthesio’s Social Intelligence Suite. Synthesio’s leadership team is expected to remain in place, as it drives forward with plans for ambitious revenue growth.

iSentia held its annual general meeting in November, providing updates on its plans and performance for FY2019. The company reported  that it remains the leading provider of media intelligence with 3,420 subscription customers across 11 markets in the Asia Pacific region. iSentia’s share price jumped by 30% on the back of the news. iSentia has also been busy building its executive team. Paul Russell has been appointed chief technology officer, Kelly Young is now chief human resources officer and Peter McClelland chief financial officer (CFO). Separately, iSentia also announced the appointment of Jen Marshall as chief product officer. All of the new appointments come from leading Australian businesses.