The 2018 AMEC Summit is the big story for June. The annual get-together of measurement professionals always generates interest and this year was no different. Apart from AMEC, the Nielsen / Ebiquity merger is facing scrutiny from regulators, Signal Media picks up funding and influencer measurement facing calls to mature.

AMEC’s annual summit on communications measurement never fails to deliver new thinking on measurement. This year, the AMEC Summit returned to Barcelona, the birthplace of the Barcelona Principles in 2010. If you missed the event, you can catch up via the brilliant sketchnotes by Linda Saukko-Rauta, sponsored by byBrick Insights.  You can also check out thoughts from PRMoment, Stuart Bruce, Publistat and Lewis PR’s Giles Peddy, while P+ Measurement has collected the key tweets from the event. The AMEC Summit also saw the release of the Global Insights study, which highlighted the growth in the market and the push for more sophisticated forms of evaluation.

AMEC’s Measurement Maturity Mapper was introduced during the 2018 AMEC Summit by Colin Wheeler, of Survey Solutions, Ben Levine, from FleishmannHillard, Impact Research’s Aseem Sood, and Paul Hender of Cision. The tool is intended to allow companies and organisations to see where they are on their measurement journey, but providing a benchmark against similar organisations. The online tool will become available during Measurement Month in November. 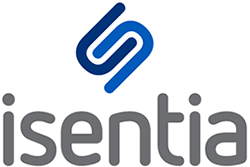 The AMEC Awards were held during the Barcelona summit. Isentia was the big winner of the night. The Australian leader took home the award for the Communications and Research Company of the Year as well as the grand prix for a measurement company with its work for an unnamed client. In addition, Isentia’s outgoing CEO, John Croll, picked up the Don Bartholemew Award for outstanding service to the industry. Isentia also won two additional gold awards, a feat matched by CARMA and exceeded by Cision, which won three gold awards. UNICEF, meanwhile, lead the PR consultancy / in-house communication team campaign, picking up the platinum award for its measurement framework. Finally, Ketchum’s Bailey Roy was named young professional of the year. Congratulations to all of this year’s winners.

Most commentators of the 2018 AMEC Summit agree on one thing – Alex Aiken’s presentation of the UK Government’s measurement framework was fascinating. Aiken, Executive Director of Government Communication in the UK, is well known to summit attendees, having presented for a number of years.  The UK Government’s measurement framework defines the standard for evaluation in the UK public sector and is an excellent example of the Barcelona Principles in action. The framework could be applied to most organisations, not just government communications, and is well worth the read.

Signal Media, the UK-based media monitoring and market intelligence platform, has announced that it’s raised $US16 million in a Series B round.  MMC Ventures was the largest investor in the round, which included a debt facility from Kreos Capital. Other investors include Frontline, Hearst Ventures, Reed Elsevier Ventures and LocalGlobe. The investment will be used to expand further into the US, where the company recently opened an office, and “accelerate Signal’s mission to uncover the ‘unknown unknowns’ facing businesses”.  Signal Media currently has 200 customers and a headcount of around 100 people.

Cision launched its Social Influencer Discovery tool to help customers identify influencers from outside traditional media. The release comes at a time when the world’s largest marketers are questioning their work with social influencers. Unilever has announced that it won’t work with influencers who buy followers and will prioritize social media platforms that take action to stamp out fraud and increase transparency. There is clearly a need for measurement that shows outcomes, as Traakr’s Sam Cookney outlines in his piece on Earned Media Value over in Adweek. Meanwhile, influencer marketing platform Buzzoole has announced a collaboration with Nielsen to define how many users were actually reached during an influencer marketing campaign.