PR Measurement Stories You Missed from May

Among the many GDPR-related stories to come out during May, we’re looking at just two – the shutdown of everyone’s favourite metric from 2008 and restricted media access. Meanwhile, global spend on media intelligence exceeds $US3.5 billion, leadership changes abound and Elon Musk suggests a journalist database.

Klout is closed down

In 2008, a consumer-facing social influence score generated heated discussion (and anxious comparisons). Ten years after its launch, Klout, the controversial influencer metric service, closed down on May 25. Klout was purchased by Lithium for $200 million in 2014. Lithium’s CEO Pete Hess stated “as a standalone service [Klout] was not aligned with our long-term strategy”. The score’s failure to provide value to marketers was flagged as one reason. The service closure on the day GDPR was not a co-incidence. Hess stated that “data privacy and GDPR are further expediting our plans to phase out the Klout service”. 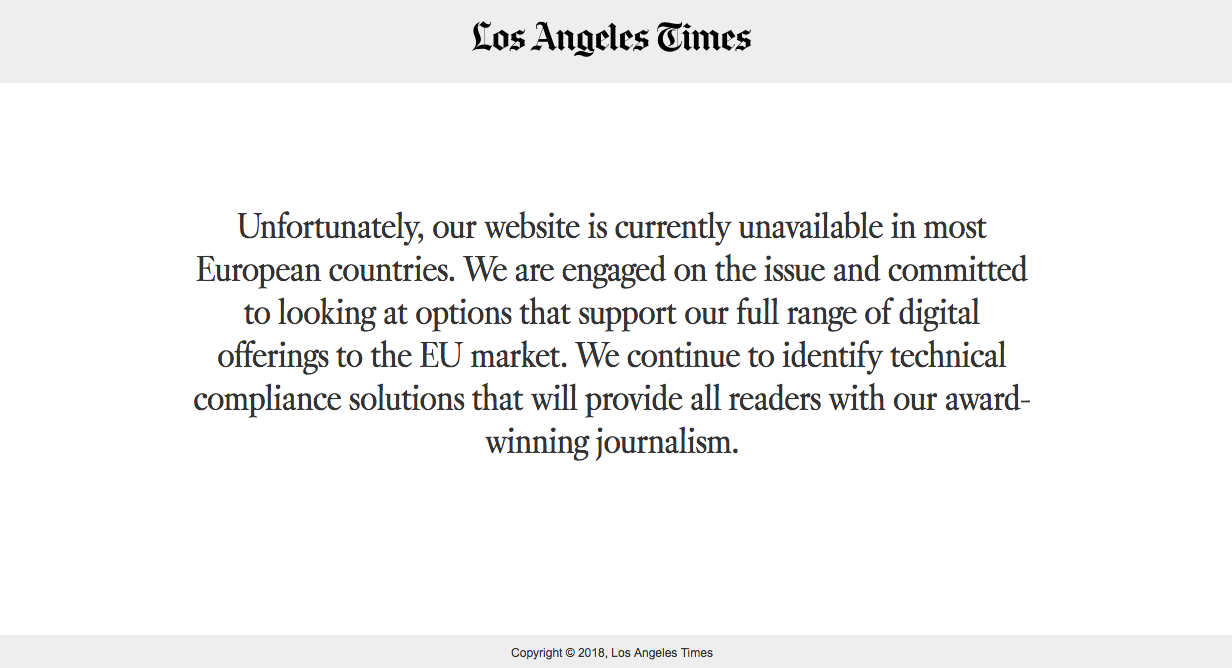 Klout wasn’t the only victim of GDPR. A number of US-based news websites have restricted access to European readers. Among the sites refusing access are Tronc-owned media, including the Los Angeles Times and Chicago Tribune. The issue means that Europe-based media monitoring organisations are unable to secure content from blocked sites if scraping from Europe, nor are EU-based customers able to view content when it can be captured.

In its latest industry report, Burton Taylor has estimated that media intelligence spend topped $US3.5 billion in 2017, a 6% increase on 2016. The investment bank, BMO Capital, noted that the figure makes up 11% of the $US32.5 billion marketing technology marketplace. BMO’s equities team noted “Cision is the largest player in the space, and we estimate Cision has a 21% share based on our 2018 revenue estimate of $729 million”. Cision, meanwhile, released its Q1 2018 financial results. The results show the company’s customers are spending an average of $US10,206 per year for subscription services.

CIPR: 33% of UK PR practitioners do not evaluate

CIPR’s 2018 census provides an invaluable view into the UK PR industry. The report shows a healthy industry employing 86,000 and valued at £13.8 billion. However, it also shows that measurement continues to be an issue. One-third of respondents did not use any evaluation methods, while 12% still use AVEs (in Northern Ireland that figure tops out at 24%). On the plus side, 24% recognise the Barcelona Principles over other evaluation methods, up by 4% from 2016. Measurement was also a topic at the the Holmes Report’s In2 Summit EMEA. Speakers, including Paul Holmes, talked about the need for business insights.

M-Brain has announced that Kim Nyberg will step down as CEO, and will be replaced by Christian Cedercreutz from August. Both Kim and Marjukka Nyberg, the founder of M-Brain, will retire from the Nordic media intelligence group by the end of the year.  In other people news, Kantar Media has appointed Louise Ainsworth as its EMEA CEO. ISentia has a appointed existing board member Doug Sneddon as its Executive Chairman. Meanwhile,  Sprinklr has picked up Vivek Kundra as its new COO.

The AMEC Summit is almost here

AMEC is getting ready to host the 10th Global Summit on Measurement on June 12-14. This year the conference returns to Barcelona, where AMEC Summit delegates agreed the Barcelona Principles in 2010. This year’s line-up of speakers makes this an unmissable event. If you’ve not yet done so, there’s still time to book your place.

Recent media criticism resulted in Elon Musk proposing a database of journalists that includes scores for authenticity and accuracy. (Journalist database vendors the world over are probably wondering why he doesn’t just use their platform.) Musk’s attack on journalists comes soon after the release of the 2018 World Press Freedom Index, compiled by Reporters Without Borders (RSF). The research measures the level of media freedom in 180 countries, and shows a growing animosity towards journalists. The RSF flags that hostility towards the media poses a threat to democracies.